Journal publishing has a reputation as a particularly efficient and profitable sector of the publishing industry, but the development of the internet has had a significant impact on the practices and business models of commercial publishers.

The impact of the internet on the profitability of this industry is certainly important to the UK economy, as English language STM publishing was estimated to be worth $8 billion dollars in 2008 with an increase of 6-7% on the previous year.

This state of affairs is being challenged though by the internet and electronic distribution which is already widespread in journal publishing as 96% of STM journals are now available online.

The internet has brought new ways of delivering electronic content to libraries and researchers and is helping to bring questions about the fairness of commercial publishers’ business practices into sharp relief.

Probably the most important impact that the internet is having on the journal publishing industry is the development of the Open Access publishing model. The full open access model works on the basis of ‘author-side’ payment in which an author pays a journal for publication and the full paper is available online at the same time as publication elsewhere.  By contrast the hybrid version may allow a paper to be viewed free at the point of access at a specified time after publication but both represent a high profile challenge to commercial publishers.

The most important advantages of OA, and in particular its full version are probably accessibility in terms of price, it being free at the point of access, and an unprecedented flexibility of overall access. This development promises to take influence away from commercial publishers and back in the hands of individual researchers.

OA will also enable new techniques such as text mining using scholarly internet search engines, and freely available papers will help to produce international datasets to drive further discoveries, something that is not possible in a traditional commercial model.

The terms of the debate over OA often adopt an explicitly moral dimension. Concerns over access to content in developing countries also suggest that journal publishers have a different kind of responsibility to their market than the makers of any other kind of commodity. They have been the target of much criticism over the drive for higher margins supposedly conflicting with the scientific and editorial integrity of their publications.

OA is therefore presented by some as the only ethical way of disseminating the findings of taxpayer funded research. Most frustratingly for commercial publishers this view is often backed up by mandates from publicly funded research bodies.

It is clear that the three main types of OA promise significant improvements in scientific communication for libraries and researchers and threaten the bottom line of commercial publishers.

There are many problems however with full OA, and most of them are linked to the way it uses the possibilities of the internet to invert the commercial publisher’s model. Full OA publishers depend on the income they receive from authors for each paper so the temptation to take on papers that are not academically sound is potentially great.  For this reason academics have been known to view acceptance in an OA journal as less desirable and choose instead to publish in a commercial journal with a print option such as the BMJ.

Also, many in the scientific research community suppose that archiving and indexing would be vastly improved under an internet based full OA model, but with several versions of the same paper typically available online there is often no authoritative version to cite.

In practice instead of making them more representative, full and delayed OA threaten to skew impact factors as freely available papers become more widely cited regardless of their quality. It is important to remember that even scientific disciplines vary widely from one another, never mind the arts and humanities, and OA is more or less helpful and desire according to the particular needs of the discipline.

The Web 2.0 innovations that are often positively linked to OA and offered as proof that it is the future of journal publishing, have not been taken up in very large numbers amongst researchers and this indicates that this approach is not as appropriate for their activities and disciplines as some publishers might have envisaged. As the annual STM report from 2009 has states: ‘most researchers do not use blogs regularly or make use of emerging social tools’.

There is no evidence (unlike in trade publishing) that the traditional journal publishing model is inadequate or that OA would be a more effective solution for researchers. Finally, most full OA publishers if they are not subsidised by charities or the public sector, recognise that it still costs money to produce even open access journal articles and they presumably have to make a return to be viable though it is not at all clear how. 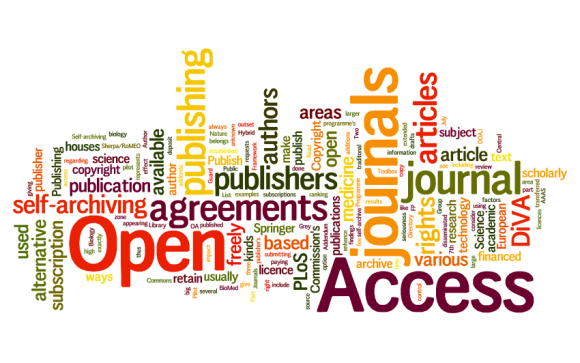